How are gluten free foods made? : Festal Cafe Blog 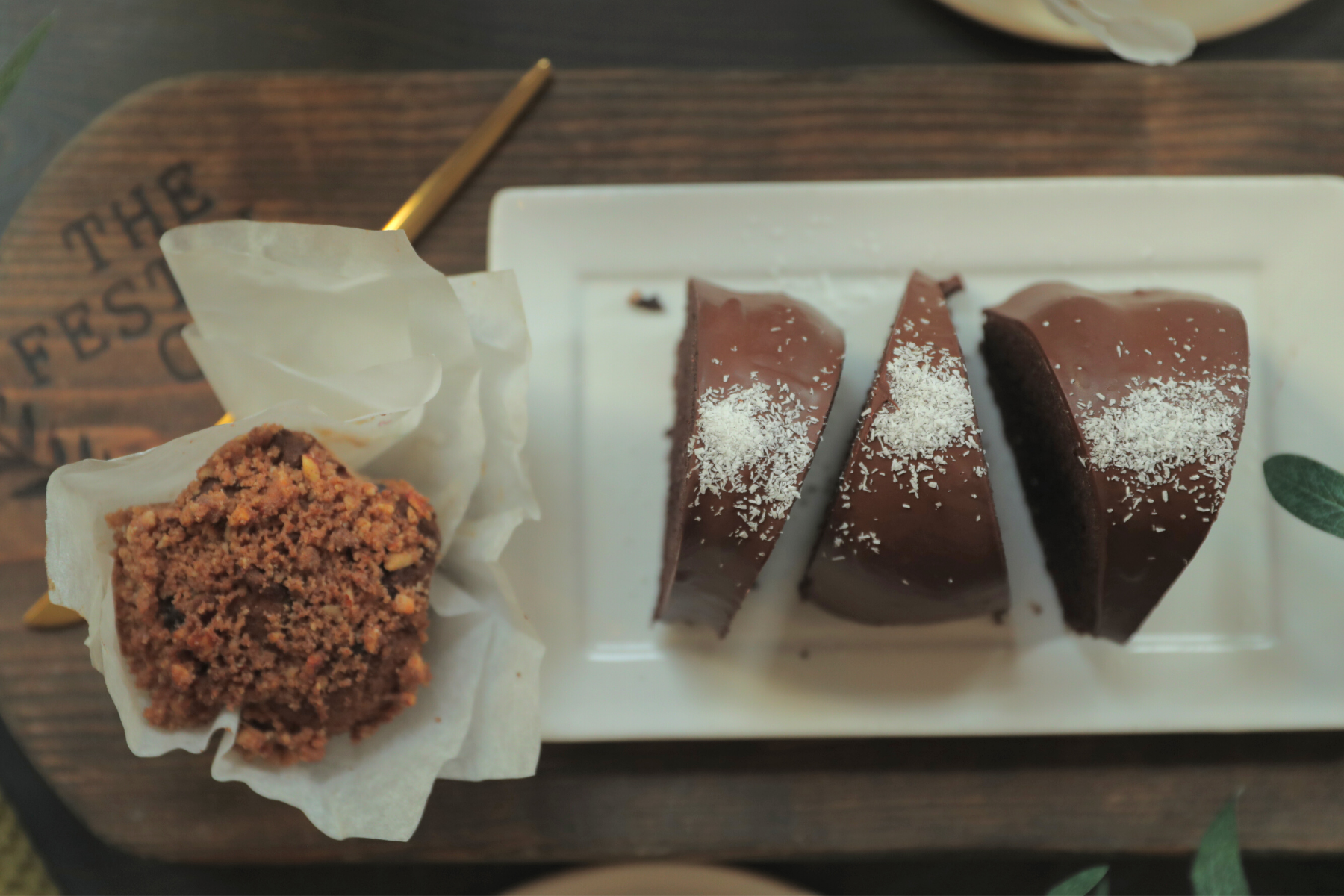 How Are Gluten Free Foods Made?

So you are thinking about going gluten free, or perhaps you had been advised to go gluten free or perhaps you are just wondering what all the hype is about?
Gluten free food is any food that is made without gluten, but note, it is not food that has gluten removed from it. There are so many foods that are naturally gluten free, fruits, vegetables, many meats, nuts, seeds etc, however gluten can sneak into some of these foods in processing.
In prepared food, gluten containing ingredients such as wheat, barley, and farro are replaced with non-gluten containing grains such as oats, rice or millet or using ground nuts and seeds or vegetable starches as flour instead.
Here at Festal we stick to grain-free replacements for gluten flours, such as cassava flour for our savoury grain-free waffles and focaccia bread, and almond/coconut flour for our sugar-free desserts.
Cassava, otherwise known as tapioca, manioc or yucca is a root vegetable native to South America, its flour can actually function quite similarly to a white flour due to its neutral flavour but because it’s made from a root vegetable it will contain more fiber. It is also a low-calorie density option for those that do not tolerate nuts.
We use almond and coconut flour in many of our desserts for their higher fat content, and rich flavour. Gluten free baked goods are often denser in nature, and more crumbly than gluten-containing desserts, this is because gluten as a protein gives that elasticity to gluten-containing batter and dough.
The flours will also increase satiety from our desserts, their high fiber and fat content means that you will be more than satisfied from just one (or two) rather than craving the whole box of gluten-filled cookies. Almond flour in particular is a keto favourite as it lends itself well to both sweet and savoury baking, you will also find it as the base for our keto bread options and for most of our keto pizza bases.
Check your labels, gluten can show up in surprising places. Especially if you have celiac disease it is important to familiarize yourself with its many different names. In processing gluten is added as a binding agent, in flavourings, as a filler as well as many factories process gluten-contain and non-gluten-containing products together so there is a high risk of cross contamination.
This is why you will see labels such as “gluten free oats'', because even though oats themselves do not contain gluten they are more often than not processed in the same facilities as wheat products. Knowing your tolerance is important, as many know, getting “gluten-ed” is not a fun experience. Like some nut allergies, there is a range of sensitivity so we hope to arm you with a little bit more knowledge so that you can ask the right questions when making food choices.
And for the days you want an easy choice pop by Festal for a delicious gluten free meal or dessert, we have got you covered! We offer a lot of choices when it comes to gluten free restaurant in Vancouver.
Visit Festal Cafe, the best gluten free restaurant in Vancouver.